One of the most pleasurable elements of travelling to new places, particularly relatively unknown places, is the discovery of astounding sites that comparatively few people have visited. This part of Laos, down in the south east corner is not heavily toured by westerners, mostly due to it being difficult to access. Although Phonsavanh does have an airport flying in is not recommended at the present time so while the Plain is a mere fifteen minutes by car from town, getting here in the first place does require time and effort. This is a lengthy journey no matter where you are coming from, which is why it tends to be as part of a wider more involved itinerary.

It has to be said that whoever named it the Plain of Jars clearly new how evocative that sounded, for it is hard to conceive of a more intriguing title or one to make the visitor more look forward to seeing it, no matter how ignorant in advance one might be.

In outline these are large iron age stone jars, probably part of a burial ritual. There are hundreds of them dotted over the landscape, in varying states of repair. Some of the damage is historic, some is rather more recent as the area was heavily bombed by the Americans as part of the wider conflict in Laos that served as an adjunct to the Vietnam War. Trenches and bomb craters surround many of the sites, a powerful reminder of the troubled recent history.   Indeed, access to many of the sites is restricted as a result of the dropping of vast numbers of anti-personnel mines, with mine clearance an ongoing process nearly half a century later. Only marked paths are safe to follow and only in some locations. A cleared mine is marked with a white post, while a red post indicates identified but yet to be cleared ordnance. It is unlikely a tourist would ever see one of the latter, but the tourist is not the one who lives here. Local people will, and worse those that haven’t been found at all.

For us, it is a brief visit. For those who live here, it is a daily danger. 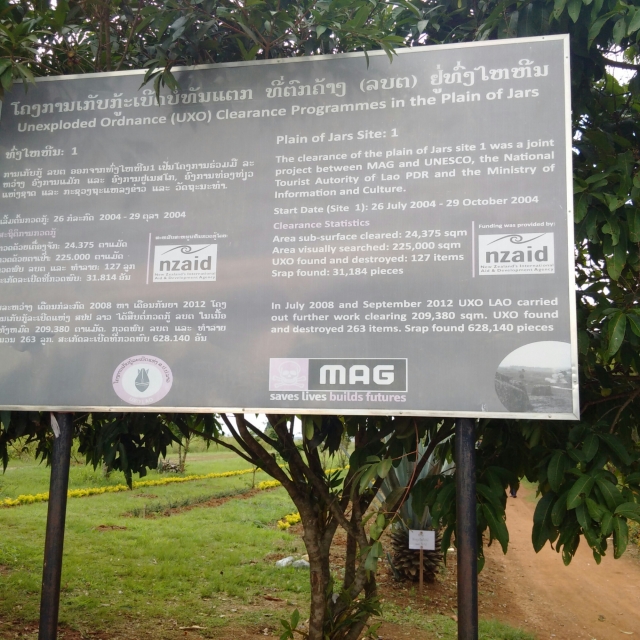 There are three main sites open to tourists, although additional ones have begun to be accessible to greater or lesser degrees. Because of the remoteness, it has the attraction of being less crowded than perhaps it deserves. As ever, this is a double edged sword. In future years the popularity will increase, potentially leading to damage (graffiti is already noticeable) but bringing in much needed revenue to the local economy as well.

One of the local traditions is that the jars were placed there by a race of giants for whom they were cups containing alcohol. The reality may be less certain and undoubtedly more prosaic, but the tradition has an appeal that all legends do, and perhaps it is the one to pretend to believe.

Excavations have revealed that burials were made next to the jars and it seems likely that they formed part of that process. Nearby there is a cave with a hole in the roof that may have been a crematorium. Again, there is limited knowledge and as is always the case it is likely we will never know for sure. 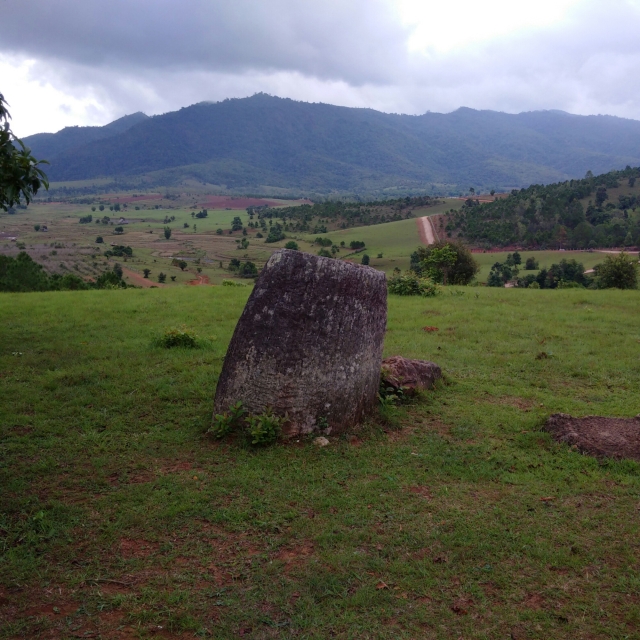 This is a special place to come. The effort required makes it somewhere relatively few will put on their list, but it rewards the effort wonderfully. No doubt in future as improving links and infrastructure brings more tourists it will become busier. For now it is one of those wonderful secret places that is a privilege to visit. Mass tourism brings so many wonderful benefits to an area, so it is nothing other than selfishness to rejoice in seeing somewhere away from the wider visiting public. Encouraging people to visit is part of that process, for it will become more popular in the years to come. And thus, put it on your list, and do it soon.