Unquestionably the bane of a traveller’s life is the airport. It’s a necessary evil of course, and for many arrival at the airport signifies a special kind of excitement, as it portends travel, new experiences and of course, holidays.

Much of the glamour has been lost, as airports become ever busier, security necessarily more onerous and a gourmet choice of a variety of fast food outlets constituting the sustenance options. Some airports – Dalaman in Turkey springs to mind as a particular offender – take the opportunity to delve into the traveller’s bank account, have a good rummage and disappear with lots of cash, leaving a particularly bitter taste in the mouth of visitors.

So it’s always a pleasant surprise to find one that manages to actually make transiting the airport, well not a pleasure, that would be too much, but at least bearable, and even pain free.

Soekarno-Hatta airport in Jakarta does suffer from a lot of these problems of course, but there’s a major redevelopment of it under way, with the new Terminal 3 being the lead example.  Designed by Australian architects Woodhead, it is light, airy, spacious, the PA system actually works rather than the usual muffled drone that leads passengers to dash around in panic as they think they’re missing their flight. 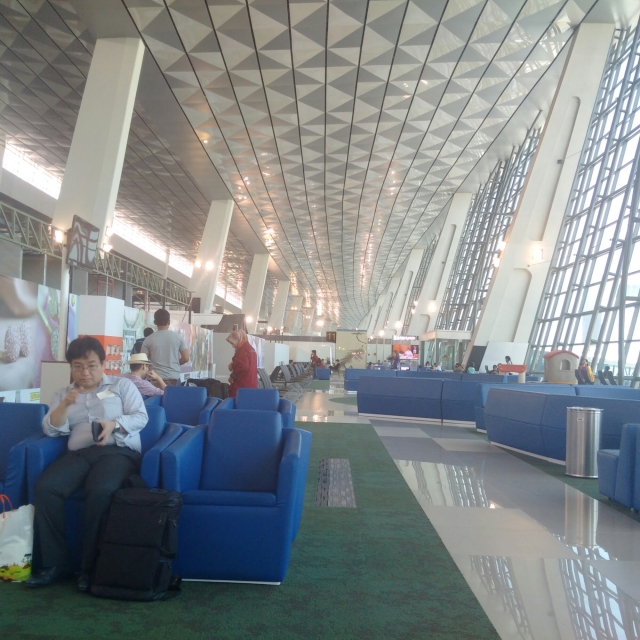 ​
It is perhaps illustrative of the state of so many airports that this provokes some idle thoughts on a blog, but the plan is that this be the first stage of trying to turn the airport into a fully fledged hub to compete with the likes of Singapore.

If this is the model for the rest of the airport’s development, then bring it on. It’s really rather wonderful.