Marketing departments around the world will wince at the title, for they have renamed such a thing over the last few years as the “Green Season”. From a British perspective, this means that at home our green season runs from oh, well January to December really. But when coming to tropical destinations in particular it’s a rather a different matter as rain really does mean rain during the wet season.

So that means you should avoid it of course, right? Well not really, it rather depends. If the plan is to take in a beach holiday, then unquestionably so. There is little as depressing as sitting in your room watching a beach through a downpour. If you are touring however it’s less clear cut. In a country like Laos the rains are an integral part of life, both in terms of agriculture (rice in particular) and the landscape itself. It is what creates the astonishing greenness of the country and fills the rivers that are both visually attractive and a means of traversing the country.

Indeed the low clouds and mist provide many a photo opportunity that isn’t available during the drier months and to some extent show the real Laos in a way that the rest of the year does not. 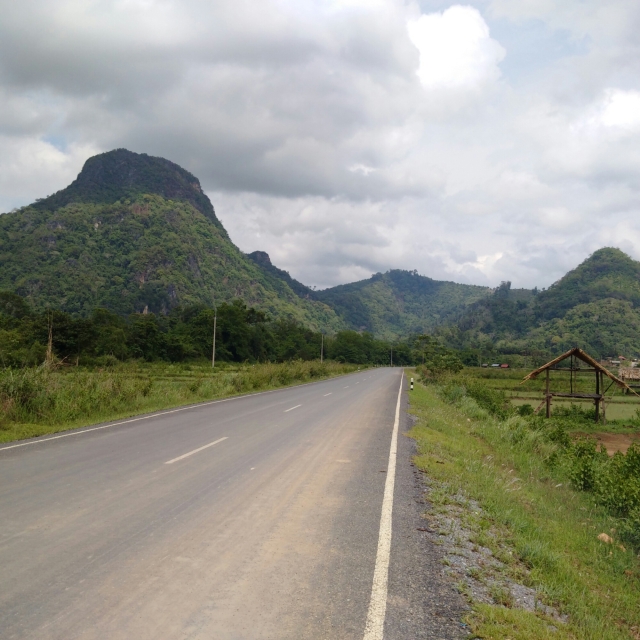 That doesn’t mean it rains all the time, for it certainly isn’t the case, it just means that the potential for a downpour is ever present. Up until recently travelling was problematic between the months of April and September when the heaviest rains fall, but this has improved considerably. And to a Briton or European there is something actually appealing about the glorious spectacle of a tropical downpour.

That doesn’t mean it’s the best time to come of course, it’s low season for a reason. But it is dramatically cheaper and possesses a charm of its own. It is also much quieter. One small tip though – flip flops are often thought of summer wear but if you do come at this time of year, they are the shoes of choice and necessity unless you have waterproof boots, which are best of all for the walks. In particular, if they are river based that means deep puddles and streams to cross. Sitting in soaked soft shoes is no kind of fun.

Personally I rather like this time of year and always have. It is cheaper by far which is always a consideration, but more than that it has a real attraction for me. The sounds and sights of a country during this time of year is special. I love it.